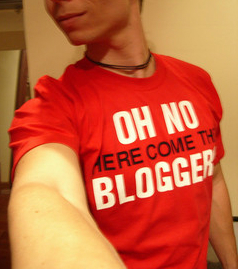 Earlier today, the U.S. Court of Appeals for the Ninth Circuit released its decision in Obsidian Finance Group, LLC, v. Cox, No. 12-35238 (9th Cir. Jan. 17, 2014), a case involving defamation claims brought against a blogger who wrote about alleged financial improprieties  in connection with a corporate bankruptcy. The case was the subject of considerable controversy among defenders of Internet speech, after a federal district court judge in Oregon ruled that the blogger, Crystal Cox, was not entitled to First Amendment protection under the Supreme Court's decision in Gertz v. Robert Welch, Inc., 418 U.S. 323 (1974). Gertz imposes a baseline negligence standard in defamation cases, but the district court held that Cox was not entitled to Gertz's protection because she was (a) not a journalist and (b) writing only about matters of private concern.

The Ninth Circuit properly reversed, finding that the First Amendment protects bloggers no less than the institutional press and that Cox was writing about issues of legitimate public concern.  On retrial, the plaintiffs will have to establish that Cox was negligent in publishing the statements at issue -- and that's all well and good.  I want to spend a little time, though, thinking about the tail end of the decision, in which the Ninth Circuit discusses a specific group of Cox's statements that both the Ninth Circuit and the district court held to be non-actionable opinion.

I'm not a particular fan of judicial decisions that purport to protect speech by devaluing it; there's been a disturbing line of thinking among some judges that the content of blogs and online forums is inherently opinion because no reasonable person could believe what is written there. See, e.g., Ghanam v. Does, No. 312201 (Mich. Ct. App. Jan. 2, 2014) ("Courts that have considered the matter have concluded that Internet message boards and similar communications are generally regarded as containing statements of pure opinion rather than statements or implications of actual, provable fact."); Summit Bank v. Rogers, 206 Cal.App.4th 669, 697 (2012) ("[C]ourts ... have recognized that online blogs and message boards are places where readers expect to see strongly worded opinions rather than objective facts."); Doe v. Cahill, 884 A.2d 451, 465 (Del. 2005) ("Blogs and chat rooms tend to be vehicles for the expression of opinions; by their very nature, they are not a source of facts or data upon which a reasonable person would rely."). Rulings like these invite courts to treat the Internet as a gutter of second-class speech.

That's why it is surprising to see echoes of this kind of reasoning in the Ninth Circuit's decision today, a decision that in its earlier analysis resoundingly rejects a constitutional distinction between institutional media and citizen speech online.  For example, the Ninth Circuit quotes the district court in stating that

The statements were posted on obsidianfinancesucks.com, a website name that leads “the reader of the statements [to be] predisposed to view them with a certain amount of skepticism and with an understanding that they will likely present one-sided view points rather than assertions of provable facts.”

Slip op. at 17. The decision also relies on the fact that Cox's blog was "a non-professional website" in finding that statements thereon were likely to be statements of opinion. Id. But a statement that is one-sided or even unreliable is not the equivalent of one that is incapable of being proven true or false, and a lack of professionalism is not an indication of an inability to convey facts.

The Ninth Circuit's analysis also takes into account the use of frequent hyperbole and "almost 'stream of consciousness'-like sentences," which in context might indicate a figurative rather than literal use of language. Nevertheless, it is still a challenge to see how accusations of  "money laundering" or "tax crimes" could be figurative statements. I certainly don't mean to suggest that the statements that the Ninth Circuit held to be opinion were in fact actionable. However, respecting speech means evaluating it on its merits, instead of assuming that it has none.

In 2010, the U.S. Supreme Court wrote, "Today, 30-second television ads may be the most effective way to convey a political message. ... Soon, however, it may be that Internet sources, such as blogs and social networking Web sites, will provide citizens with significant information about political candidates and issues." Citizens United v. Fed. Election Comm'n, 130 S.Ct. 876, 890 (2010). The Court was, if anything, predicting what was already fact in 2010; but that aside, the Court was remarkable in recognizing the potential value of peer-to-peer communication. That value can best be realized by treating Internet communication in the same manner as other speech that we protect.