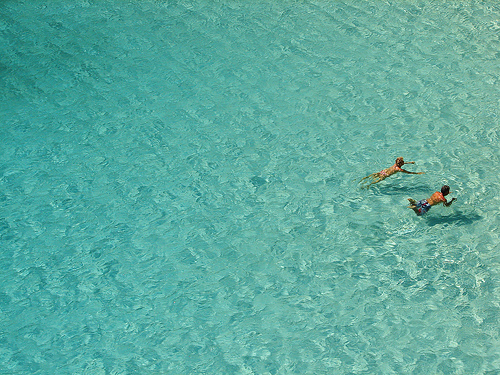 Last week YouTube won a landmark victory against Viacom in NY federal court. YouTube successfully argued that it was protected from Viacom's copyright infringement claims by the "safe harbor" provision of the Digital Millennium Copyright Act (DMCA). As the New York Times noted, Google's subsidiary was entitled to a complete defense because it had removed about 100,000 infringing videos from its web site as soon as Viacom requested that it do so.

Take the case of YouTube Play, a well-publicized joint project between YouTube and the Solomon R. Guggenheim Foundation. The organizers' goal is to seek out and display the most creative videos made in the past two years around the world. As of June 14, participants in YouTube Play are already submitting their works by uploading them on www.youtube.com/play. A panel of Guggenheim experts will then review the submissions and select about 200 pieces to be displayed on the YouTube Play Channel online. On October 21, the Guggenheim will screen a final selection of roughly 20 exceptionally artistic works in its New York, Berlin, Bilbao, and Venice locations simultaneously.

Should one of the selected videos turn out to be not so creative after all and the copyright owner turn up, YouTube need only take the piece off YouTube Play to be protected from copyright infringement claims. In contrast, the Guggenheim may be liable even if it promptly removes the video from its exhibition halls. Unfortunately for the Guggenheim, the DMCA's notice and takedown safe harbor provisions only apply to online service providers.

Thus, in the spirit of internet exceptionalism, the DMCA establishes a different legal standard for infringements occurring online and offline. In YouTube Play both YouTube and the Guggenheim will engage in the public display of potentially infringing works; yet, the liability risks for the latter will be much greater. Is YouTube's status as an online service provider sufficient to justify this outcome? What incentives does this give to institutions like the Guggenheim to work with online service providers in an effort to seek out talent?

YouTube Play is marketed as an attempt to offer access to the art world elite, of which the Guggenheim is a member, to talented artists regardless of their geographic location, financial means, or level of training. All one needs to participate is a computer, the proper software, and an internet connection. Wouldn't we want more places to draw from this immensely large pool of people when they decide whose works deserve to be seen in their prestigious exhibition halls?

(Marina Petrova is a rising second year student at UCLA School of Law and a CMLP intern.)