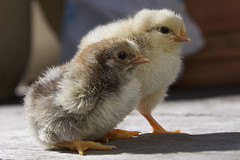 Federal Judge Marco A. Hernandez got a lot of attention and cyberchatter late last year when he held that blogger Crystal Cox was not protected by Oregon's reporters' shield law, leading to a $2.5 million defamation verdict against her. See Obsidian Finance Group, LLC v. Cox, No. CV-11-57-H (D. Or. Nov. 30, 2011).

A lot of the online commentary focused on Judge Hernandez's statements that, as a blogger, Cox did not fit into any of the categories of journalists specified in Oregon's reporters' shield law, Ore. Rev. Stat. 44.520(1). He also declined to apply precedents holding that plaintiffs in libel lawsuits against media entities must show that the defendant(s) acted with at least negligence, writing that:

Defendant cites no cases indicating that a self-proclaimed 'investigative blogger' is considered 'media' for the purposes of applying a negligence standard in a defamation claim. Without any controlling or persuasive authority on the issue, I decline to conclude that defendant in this case is "media," triggering the negligence standard.

These statements led to a lot of commentary – and criticism – online. But, as I pointed out, the sky was not falling: that was not the primary reason why Judge Hernandez held that the shield law did not apply. Instead, he reached this conclusion because Cox tried to use the shield law to refuse to reveal her source, while at the same time trying to argue that since she had a source (who she would not identify), the libel lawsuit should be dismissed. This is specifically prohibited by Oregon's shield law statute. See Ore. Rev. Stat. 44.530(3).

That nuance was lost in most of the online posts decrying the decision.

Now, Judge Hernandez has issued a new opinion, denying Cox's motion for a new trial. But the ruling also addressed some of the more extreme posts in reaction to his decision, which described it as an attack on all bloggers.

In justifying this decision, Judge Hernandez pointed to Cox's offer of "public relations" services – including removal of her blog posts – to the defendants after they complained about the posts.  "The suggestion was that defendant offered to repair the very damage she caused for a small but tasteful monthly fee," Hernandez wrote. "This feature, along with the absence of other media features, led me to conclude that defendant was not media."

Judge Hernandez also rejected an argument by the Electronic Frontier Foundation, which appeared as amicus in support of the new trial motion, that Cox was covered by the Oregon shield law's provision that

"[E]ven assuming that the Oregon Legislature's purpose in passing the retraction statute was to protect statements made in a broad range of media outlets existing at that time," Hernandez wrote in response to this argument, "I cannot discern from this purpose that today's Oregon Legislature would expand the statute's protection to all statements published on the Internet."

Given the breadth of the fora available on the Internet, one cannot presume that today's Oregon Legislature would amend the retraction statute to include all statements made there. Determining what statements made on the Internet deserve protection under the retraction statute involves a social policy discussion which is a function belonging solely to the legislature. This is not an issue for the courts.

Throughout the decision, Judge Hernandez pointed out that Cox – who acted as her own attorney at trial – did not object to prior rulings and jury instructions, and that in arguing the new trial motion her newly-retained attorney and EFF made new arguments that had not been made a trial.

Cox could appeal to the 9th Circuit Court of Appeals. But in 2006, that court held that blogger Josh Wolf was not a journalist for purposes of California's reporters' shield law. See In re: Granmd Jury Subpeona, Joshua Wolf v. United States, 201 Fed. Appx. 430 (9th Cir. 2006). (Wolf, who was jailed for failing to provide video of a protest, was eventually freed after he posted the video sought by prosecutors online.)

But if the decision stands, it must be limited to its specific facts: a defendant writing on blogs, whose behavior may show that she was acting in a role other than that of a journalist. It's important to recognize that bloggers can be journalists, with all the legal consequences of that classification, but that not all bloggers are journalists.