Twitter has been awash today in the typical gnashing of teeth and rending of clothes that accompanies any Gmail outage, no matter how short the duration.  If yesterday's court ruling holds, however, one unlucky Gmail user may wake up one morning soon to an even worse fate.

According to MediaPost, it all started a little over a month ago, when an employee of Rocky Mountain Bank in Wilson, Wyoming, inadvertently sent a file containing the names, addresses, social security numbers, and loan information for more than 1,300 customers to a Gmail address.  When the account holder failed to respond to a subsequent email from the bank asking him or her to please, please, please destroy the file, Rocky Mountian Bank asked Google to provide information about the Gmail account holder.  Google, per its privacy policy, told Rocky Mountain Bank that it needed  a court order to obtain the information.

That's when things really got interesting.  Off Rocky Mountain Bank went to court.  The bank asked the court to issue a temporary restraining order prohibit 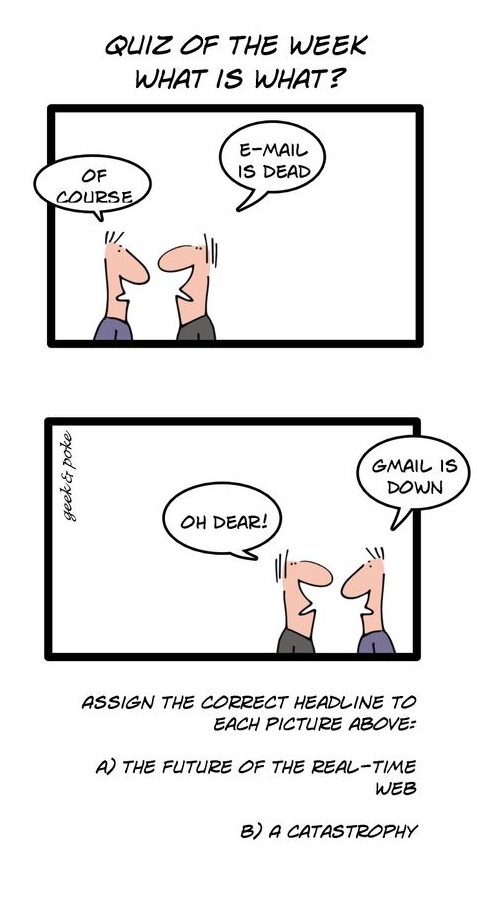 ing any further dissemination of the file and ordering Google to turn over the account holder's information.

But Rocky Mountain Bank didn't stop there.  They asked the court to order Google to deactivate the account.  And Judge James Ware agreed.

Remember -- the Gmail account owner (unlike the pedophiles that Andrew is so worried about) didn't even do anything.  Rocky Mountain Bank, of its own accord, emailed the file to him or her.  There doesn't appear to be any evidence that the account holder has done anything with the information (or has even threatened to do anything with the information).  But a court has ordered that that the Gmail account be deactivated.  (Let's hope that the account owner isn't one of the millions out there trying to find a job.)

The folks over at Perkins Coie, who entered an appearance in the case on behalf of Google earlier today, have until tomorrow to file a response to the order.  Someone send those guys a big pot of coffee.

UPDATE:  CNET reports that Google and Rocky Mountain Bank have resolved the case, and requested dismissal of the case.  The owner remains locked out of his or her Gmail account until the Court acts to vacate the TRO. Public Citizen has an interesting analysis of the many legal and procedural deficiencies in the case.

(Photo courtesy of Oliver Widder of Geek and Poke, licensed under a CC Attribution-NoDerivs 2.0 license.)