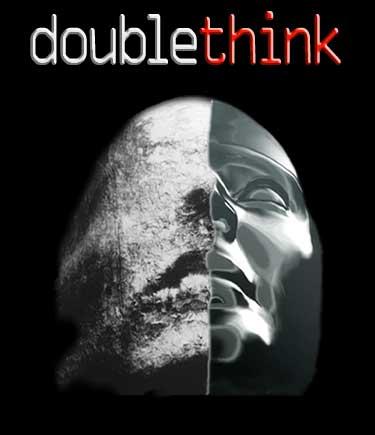 If mental gymnastics were an Olympic event, the United States would be guaranteed gold. Our prowess at Doublethink is indisputable. The latest example of our mental contortion: (A) Internet Freedom is essential for the protection of basic human rights and (B) Access to the Internet is not a right and may be taken away without due process. At the same time as the United States is trying to increase Internet freedom in Iran, the United States Trade Representative is negotiating a copyright treaty (in secret) that will reduce Internet access both at home and abroad. This will not end well.

Background: Good news. The United States has realized that social networking and Internet access undermine oppressive regimes and encourage democratic ideals. The evidence of this realization? The U.S. Department of the Treasury's Office of Foreign Assets Control amended various regulations relating to trade with Iran, Sudan, and Cuba.  The amendments

authoriz[e] the exportation of certain personal Internet-based communications services – such as instant messaging, chat and email, and social networking – to Iran, Sudan and Cuba. The amendments also permit the exportation of related software to Iran and Sudan.

"Consistent with the Administration's deep commitment to the universal rights of all the world's citizens, the issuance of these general licenses will make it easier for individuals in Iran, Sudan and Cuba to use the Internet to communicate with each other and with the outside world.  Today's actions will enable Iranian, Sudanese and Cuban citizens to exercise their most basic rights," said Deputy Treasury Secretary Neal Wolin.

Today's action follows up on the December 2009 notification submitted to Congress by the State Department of a national interest waiver under the Iran Iraq Arms Non-Proliferation Act to authorize the exportation of free mass market software to Iran necessary for the exchange of personal communications and/or sharing of information over the Internet.” (source)

Great. The United States government wants to increase Internet freedom because maybe it will weaken the Iranian regime. Iranian bloggers have played an enormous role in the reform movement. Ok, makes sense. But this is the same U.S. government that is secretly negotiating the Anti-Counterfeit Trade Agreement, which may decrease Internet access in the name of protecting copyright.

Now the supporters of ACTA have insisted that the agreement would not require countries to adopt a three-strikes Internet ban for users who had been accused of copyright infringement. But leaked ACTA documents suggest that, in order for ISPs to retain their safe harbor status under the proposed system, they must “adopt[] and reasonably implement[] a policy to address the unauthorized storage or transmission of materials protected by copyright or related rights . . . .”  And the ACTA draft provides only one exemplar of a reasonable policy.  "An example of such a policy is providing for the termination in appropriate circumstances of subscriptions and accounts in the service provider's system or network of repeat infringers."

So yes, ACTA does not mandate that ISPs adopt a three-strikes policy. Instead, the Agreement merely says that ISPs will be open to liability if they do not adopt such a policy or an ill-defined alternative policy. And I’m sure ISPs would love to carry that extra liability instead of arbitrarily cutting off consumers. Brilliant. Our USTR has outsourced the drafting of draconian Internet policies to individual ISPs. I can see the confusing fine print now: “For your protection and for the protection of all our users, we reserve the right to cut your Internet access if you are merely accused of copyright infringement. An early termination fee will be added to your last bill.”

Perhaps the US government does not understand the conflict between these two positions. Let me take a crack at this Gordian Knot. There can be no right to the Internet if a person’s access to the Internet can be destroyed on such a flimsy pretense. Under the ACTA theory of the world, Iran would be justified in blocking all peer-to-peer (P2P) sharing or even social networking, so long as the regime claimed that these digital tools encouraged copyright infringement. The same could hold for Twitter: it could be used for sharing copyrighted lyrics. (Sorry Iran, Japan's JASRAC got to that logic gem first.)

The misuse of DMCA takedown notices is common knowledge. Does the United States want to craft a universally recognized legal tool for Internet censorship? “We cut [insert name of humanitarian reformer here]’s access to the Internet because she was accused of downloading SpiderMan 3.”

Perhaps if ACTA actually engaged the democratic process (ACTA is an executive agreement and thus does not require Congress' stamp) this parade of horribles could be avoided.  Let's follow Europe's lead, vote down ACTA, and depart from the theater of the absurd. Till then, we will be left to guess which view of the Internet currently occupies our confused consciousness:  Do we still support the Persian Version?

(Andrew Moshirnia is a second-year law student at Harvard Law School and a CMLP blogger. He thinks prohibition was ill considered but loves the war on drugs.)